FROM NETWORKING TO CONNECTING 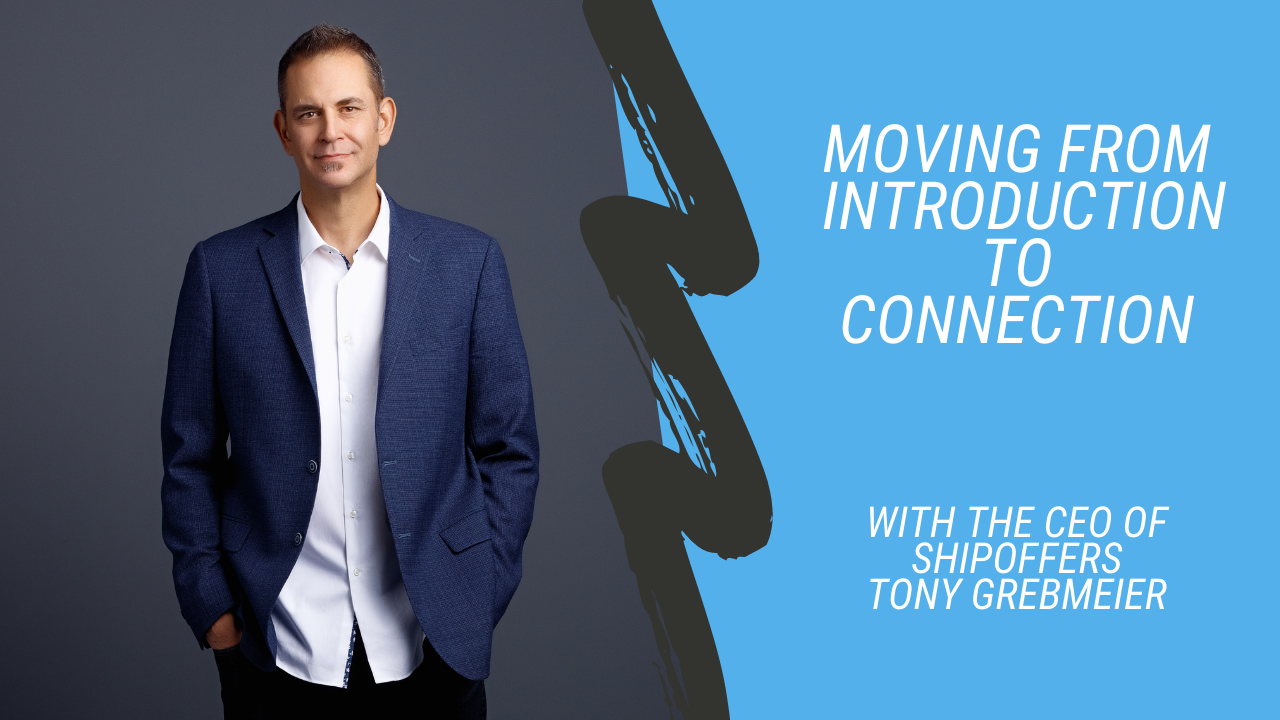 Building a network isn’t enough. Instead, Tony Grebmeier focuses on building a deeper relationship that adds meaning to every connection.

Networking is leveraging who you know or where you are to meet people. But what about after that initial meeting—how do you go from networking to making meaningful, authentic connections?

That’s the question ShipOffers’ Tony Grebmeier was determined to answer, both for himself and for others’ benefit. Today, he has a much better view of what successful “networking” really is: an authentic desire to connect, help, and share.

When you walk into Tony's office, the first thing you notice is the wall. It's not just a wall with a pretty painting or a shelf of awards. It's a testament to what his connections mean to him. His wall is a collage of photos of people he has met along his journey. Not only family, but his business associates, friends, and strangers who influenced him and became friends.

"People always comment on the wall," Tony says, “where it comes from, what it means, and why I do it.”

When Tony sees a picture, it reinforces three things he stands for:

Just 10 years ago, Tony networked, but he didn't connect. When working with a business consultant to drive growth in ShipOffers, the consultant got Tony to realize he connected with people. And it drove Tony to book his first trip to T&C.
Now his office features a wall of pictures of people who have given him the gift of connecting — a gift he feels grateful for every time he looks at his wall.

As part of his approach to turn networking into relationship-building, Tony takes a picture with people. He sees this as a gift—people stopped for a moment to share a piece of their life with him. And as a result of this gift, he’s able to achieve relationships and connections that transcend the typical networking scenario.

Tony’s approach to networking turns an introduction into an authentic connection, and it’s as simple as applying the following tips with authenticity.

According to Tony, building memorable relationships starts by disrupting the usual pattern.

Storytime: One time when I went to Starbucks, I started to order, but stopped and decided to take a moment with the barista. I introduced myself and asked her about her day, and guess what? The next time I went in, she greeted me by name and went out of her way to say goodbye when I was leaving.

CARING ABOUT THE RELATIONSHIP

“Networking isn’t just to hear yourself talk and make yourself look cool. Have the intention and care about the answer the other person gives you. And when they’re done, always find something positive to say. Leaving them with a positive thought or compliment can leave them feeling good about your interaction —and make them feel more connected.”

MOVING FROM INTRODUCTION TO CONNECTION

Tony loves using photos to cement his connections because they’re more personalized than a typical text message or email.

First, he asks to take the photo.

Next, he calls to talk. During the call, he shares something unique that brings them back to the first meeting (in some cases, it’s the photo!).

After that, he follows up with a cool idea or experience that the other person can relate to: a favorite hiking trail, an upcoming trip, a band or concert.

FINDING WAYS TO SUPPORT THE OTHER PERSON

Tony never goes into a networking relationship looking for something. Rather, he believes your connections should focus on the other person.

“When I was young and learning, I attended a show with an important speaker. I was wondering how to improve my time management, but instead of asking him that, I asked, ‘How do you manage your time while you’re traveling so you can present when you’re at home with your family?’ This completely changed the perspective of the question while still allowing me to learn something from his response.”

Tony’s practice is to leave other people better than how he found them, and that’s part of the reason he loves his picture wall. It reminds him of not only the difference people have made in his life, but the differences he has made in others. Take time to build deeper connections with authenticity—the extra effort will come back to you several times over.